Best Audition I Ever Took

I was walking on air, ready to conquer the world with not a single worry about failure or competitors!  It was one of those precious few windows in time when I owned it all, or so I had conveniently convinced myself.  Ever feel like that?  Nice that it does happen once or twice in a lifetime, hopefully a lot more often, like every week!

Our task is to make it appear to happen every day!  If our feelings  falter, our confidence must not.  The audience must never know that we are not totally thrilled with every single moment of the show.  Success is when you can mask those pesky competing emotions.  Success is having practiced to the point where you can convince yourself and your listeners that there is nothing at all wrong with this picture.

Now back to that marvelous audition.  The neat thing about it was that for much of my journey, my trumpet was not needed. Listening and visualizing the performance is more important than lip slurs and long tones.  Great strides can happen when there is no obstacle in hand to thwart your merry jaunt.  Of course the grunt work of rehearsing and practice had long since been my routine. There is always time to take a deep breath, however, and to enjoy the fruits of all the laboring. Now to scale the summit, nail the finals, and on to win the job!

So, what's the key after all you can do has been done?  Put the horn down and sing it perfectly.  Create all the energy, rhythm, and character of the music with your feeble voice.  Be able to drop in on the exact mood of each excerpt with no hesitation.  All musical instincts must be on high alert.  The committee calls for the piece, we deliver the music.  We are to produce the product as easily and naturally as reaching out to catch a tossed pencil.

(Way too much rambling here, but that tends to happen when the future is in the past.)  To the point: sing it to win it!  Score highly on rhythm, dynamics, and character, all with really nice intonation.  When you can dazzle without the horn, you are then free to sizzle with it.  The horn is the final piece of your musical puzzle.  If all those prior pieces are in place, the horn will fit nicely into position.

That audition was fun, not a nerve-fest.  It was simply a special-delivery day.  It was how I had always imagined it would be in high school back in NJ sitting in my room practicing and dreaming.  Have we lost the wonderment of our profession?  Do we finish conservatory only to burn out and hate our work?

Am I still too dreamy and unrealistic?  Yes.  But why not give ourselves to recapturing the romance we once had with music?  Our jobs and our audiences depend on it. 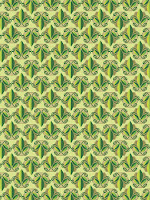 You dutifully open your Arban Complete Conservatory Method to pages 142 through 151 to begin work on your lesson assignment.  Anticipating dazzling solo material full of triple-tonguing pyrotechnics and flourishes of cornet heroism, you instead are greatly disappointed to discover only repeated boring wallpaper designs!  Groan . . . grumble . . . close book!!

You ask, "What does great music have to do with these endless patterns of boredom?  Or vise versa? Why must I practice these same uninspired measures in every single key! I turn the page and there they are again in minor, then once again in dominant sevenths.  The next page has even more drudgery in diminished insanity! How dull is this picture!"

Quite dull indeed, if that's how you want to think of it.  You must learn to thrive on the architecture of music as well as the drama. Theory matters. Arpeggios are to music what steel girders are to skyscrapers.  Without the ability to arpeggiate in all keys, performers would be severely handicapped.

How boring if all music had to be confined to C major simply because musicians could not handle any other keys.  "Sorry, Johann, we can't publish any of your Brandenburg Concertos because of the key signatures.  Ludwig, you are not allowed to delve into any of those foreign keys.  Such extremes will only flummox, dumbfound, and bewilder the musicians."

For peace of mind and confidence, own arpeggios in all keys.  You will not have time to read every note of those fast-approaching arps in context of solos and orchestral music.  Welcome the "worst" keys imaginable and conquer them.  Make it a game.  Vacchiano would offer money to anyone who could play the one-line g sharp diminished seventh study on page 149 of the Arban book without a mistake.  Apparently he never had to fork over any money to any challenging student!  Amazing.

Is it wallpaper or music?

It was 1970 something, and our yearly tour to NY!  That meant that at the first free moment I was off to Giardinelli's Band Instruments to try every trumpet in the store.  My purpose was to pick a winner, (and also to impress everyone within earshot.  You know how brass players think, or don't.)

Something about that famous place invited a dangerous overload of all competitive juices.  Common sense had a way of disappearing as soon as you entered the building. There was more showing off at Giardinelli's than anything else, sadly. Anyway, it was worth all the blasting, for by the end of the day I had discovered a nice new prize to take home.

Something else happened however that was more memorable than my new trumpet. Soon after I began trying instruments, the door to that tiny trial room opened, and in walked Fred Mills of the Canadian Brass.  He quietly said, "Hi, Phil. Mind if I listen?"   He sat in the corner for a long time observing intently as I proceeded to blow out both lips and brains.  I was pretty sure he was amazed, but not for the reasons I imagined.

After a while I began to tire, having sprayed the room with every excerpt and solo lick I knew.  He got to hear me plow through oft repeated strains of Heldenleben, Aida, Mahler 5, Don Juan, Hummel and Loeillet Concertos, and anything else I could possibly think of.

Finally I asked if he wanted to play.  He shrugged, picked up a horn and began to play soft, perfectly clean and totally controlled scales and arpeggios.  He only played briefly, but the finesse was amazing for me to hear.  Somehow I had neglected to test and practice those vital elements of music-making.

I was given a very valuable and free lesson that day.  In his own humble way Fred Mills had just taken me to school.  "Here, I think I like this one the best," he said.  He handed it back, grinned, and left.  Great playing is not so much about the boldest blaster, but about the most controlled and versatile musician.  And that was Fred to a tee.  Lesson learned. 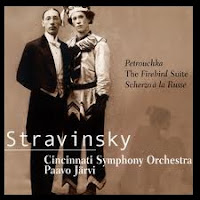 Posted by Phil Collins at 10:44 PM No comments: 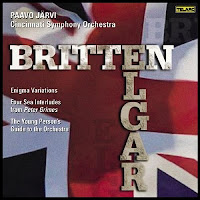 Caution: You are approaching orange barrels.  Slow down!

Following your macho instincts instead of your intellect, you disregard the highway warning signs to reduce your speed.  Instead you begin swerving recklessly between as many barrels as possible.  Impressive moves, but dangerous.  An eventual glance in the rear view mirror reveals a lot more bumped and smashed barrels in your wake than you realized.  Nevertheless with a carefree shrug, you proceed unfazed at your frantic pace.

At the end of your speedy meanderings however, a traffic ticket awaits you. Rushing carelessly on the audition or performance stage also has unpleasant consequences. In both situations the lesson is clear.  Slow down to avoid destruction, be it barrels, notes, or chops!

You can't be driving treacherously at 75 mph in busy congested areas, nor can you consistently blast your way through tough passages at great neck speeds.  The results are not good: "Here's your $75 speeding ticket!"  Even worse: "Thank you. Next."  Or, "Here's your pink slip!"

Slow down so your brain has a chance to catch up. Muscles remember well, so train them for dependability, not foolish risk-taking.  Train for drama, not trauma.

Posted by Phil Collins at 1:39 PM No comments: