That was the response after my valiant attempt at the difficult slow passage near the end of Strauss's Death and Transfiguration.  It's supposed to be smooth, lyrical and flowing even though the melody line jumps all over the place and demands some very long sustained high notes. But no. My most critical listener, my wife Sandy, had the correct assessment. "That sounds like it's really hard to play!"

Clarinet players always have this skill on display with every lyric line. Take their solo in Pines of Rome, the one accompanied by the chirping birds. No matter how wide the intervals, they dazzle the audience with seamless legato technique. That's the goal: no bumps, no fluffs, no questionable intonation, and no strain!

So, that was my most recent one-sentence lesson. Don't let others know that it's difficult. Instead, we want to hear, that's fantastic, and it sounds easy!

Posted by Phil Collins at 10:04 PM No comments: 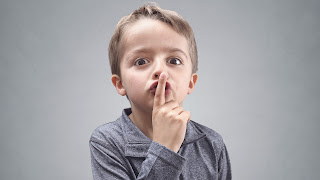 "Great trumpet players can play soft!" That was the advice from one of the most powerful players on the planet, Mel Broiles, first trumpet at the Metropolitan Opera Orchestra for 45 years.

I remember him for the three P's, passion, power and pizzazz. Endurance, transposition, and volume were the goals at every lesson. A well-bruised embouchure came to be the mark of honor for all of his students.  Nothing was to be played with tentative shyness. He exuded a confidence that was off the charts. I left those lessons loaded for bear and ready to unleash electrifying heroics for the neighbors!

So, to hear this one-sentence lesson from him some years later was a stunner. I wish he had stressed the soft end of playing as much as he did the aggressive dynamics. As we all eventually learn, the soft stuff can kill us easier than the blasting. Good quiet playing will actually help the loud playing.

A few notes on practicing the soft stuff:

Posted by Phil Collins at 6:42 PM No comments: