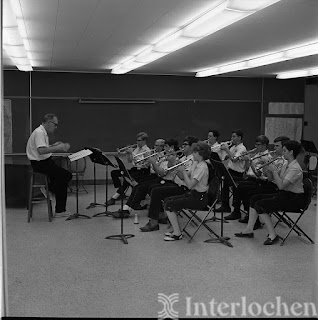 A disaster of monumental proportions was about to happen to me in the summer of 1966 at the Interlochen Music Camp. It was time for our weekly challenges for section placement. By a majority vote it was either "move him up or move him down."

I had reigned in the coveted first chair position all summer. On that dark day in July, however, I received the dreaded verdict: "MOVE HIM DOWN." Dethroned in an instant! I felt like the kid in the movie Christmas Story who not only got pummeled by the neighborhood bullies, but also had to endure "awh, what's the matter, kid!"

Not handling the setback well at all, I moped around all week fuming about everything. Finally, a wise counselor pulled me aside and offered some much-needed advice. What he told me didn't stop the emotional bleeding at the time but has helped enormously in the many challenging situations that followed.

He also pointed out that I was no less of a musician in the second chair. The vote he said was correct. I not only needed technical improvement on the trumpet, but also a healthy jolt of humility. Maturity doesn't come without many painful trials.

Sometimes a defeat is our best teacher! Whether I sufficiently learned my lesson that week or not, I reclaimed the first chair the following week!

Pictured below: Ken Gross, Doug Myers, Jim Thompson, Doug Sturdevant, Larry Hodges, me, and Mr. Robert Grocock. Dr. Gorden Mathie tallied "the vote" in the photo above. Mr. Grocock was rightfully annoyed at the guy playing backwards in the bottom pic. Note: Jerry Hey was third in line in the first pic. Wow! 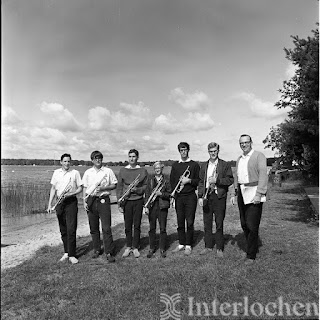 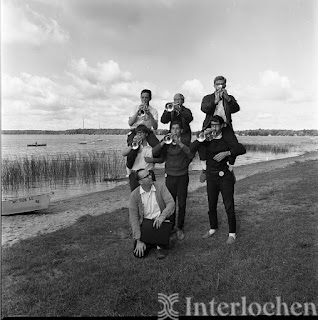 Posted by Phil Collins at 5:16 PM No comments: