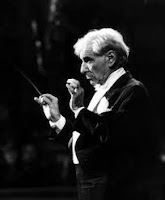 The orchestra has tuned.  The maestro bows, and the baton slowly descends. The music says pianissimo.  It's time for drama, not trauma.  Yes, drama can happen in very soft passages too. Have you prepared for moments like this? If not, you'll know pretty quick.

The first side effect of poor soft prep is a lack of response and air flow.  It quickly gets worse however.  Next, your assumed artistry is out the window. Flummoxed by this unexpected trauma, the body frantically tries to function in an unfriendly zone. Your worst nightmare is happening. Does this sound familiar? Anticipate these potentially uncomfortable situations. It's hard to be musical when fear rules. Wise prep trumps fear.

Take the opening of the second symphony of Schumann.  You do not want to hear "softer, trumpets!", nor do you want to see the conductor's wincing expression or the palm of his left hand.  (I've never heard of a conductor wanting more sound on the opening.) So to avoid this showdown you will need to have a large reserve of soft, smooth, slow air, delivered with perfect intonation.

Just as an on deck batter surveys every move of the pitcher, we must plan for unexpected curve balls from the maestro.  The conductor, like the pitcher, can be an ace.  Be prepared!

Note: Marching band season is approaching as well as all of those loud outdoor concert events.  Be sure to balance all of that fortissimo playing with careful pianissimo practice.  Mel Broiles, one of the strongest and loudest trumpet players, told his overeager students that the best players in the business are the ones who can be relied upon to play very softly.
Posted by Phil Collins at 11:11 AM No comments:

Playing with a Full Blow

A full bow is our full blow.  Often a good picture is our best instructor.  The violinist's fully extended bow arm reminds us that a full breath followed by a full blow matters.

Why is the violin bow as long as it is? And why do our lungs have the capacity they do? Both bow and lungs were intelligently designed for, among others things, the ability to produce a great sound.

What would the best Stradivarius violin sound like if played with only a three inch long bow?  Similarly, would you want to listen to a brass player who only played with tiny sips of air?  The sound of that little ToysRus fiddle bow resembles the tone quality of a brass player playing on a soda straw.

Of course, there are many times when small bow and small air is called for.  Often though, when the maximum tone is required, we default to the small blow/small bow tendency, and the sound suffers big time.

The violin bow draws out the violinist's great singing tone.  Our air is on the same mission. Don't short change your sound by using sips instead of controlled gulps.  Learn to be comfortable with a full blow.  Your sound depends upon it.