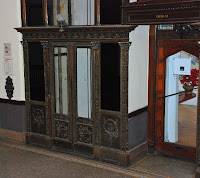 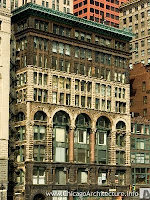 Once again I entered the ancient stone Fine Arts building on Michigan Avenue in downtown Chicago. I found my way to his studio, but he wasn't there. But what did I expect? His final lesson had been taught years ago, and the applause of his last performance, like the artist himself, has long since died. Someone else now occupies that simple room where thousands of students of all instruments could count on being encouraged and inspired. Improvement always happened in that studio. If only those elderly walls could speak! They had observed every lesson while the master of producing music was wisely and patiently improving the musical world, one student at a time.

Standing outside, I could see that the old building has continued to decay, but at a much slower pace than that of its passersby. The old-fashioned manually-operated elevator is still there, functioning just as it has for the last eighty years. Time seems to have stood still even though the paint continues to peal and the windows are even more unwashed. The huge murals from another world are still fading while the engraved musical instruments continue to accent the hallway decor. In spite of its advancing age and disrepair, the old building was turning out great musicians year after year and functioning quite well. Why fix it? In fact, antiquity was part of the mystique of the place.

In the lobby however, I noticed a small posted announcement. The building was about to be closed temporarily for electrical renovations. I suppose even buildings, like musicians, require some surgery, new wiring, updated fixtures, overhauling of old parts, etc. prior to the inevitable wrecking ball. So the excellence continues as long as possible until eventually, the torch is passed, and others are chosen to carry on the work.

Fondly remembering the studio and the musical legacy of Arnold Jacobs and his investment into the lives of so many.
Posted by Phil Collins at 10:44 PM

Anonymous said...
This comment has been removed by the author.
11:32 PM

Anonymous said...
This comment has been removed by the author.
11:35 PM

Anonymous said...
This comment has been removed by the author.
11:42 PM