For as Long as These Lips Shall Last 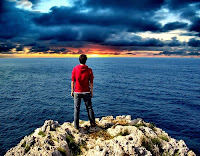 It's not fair. Only two lips and so many notes! Boat loads of notes keep coming at us, by the page, by the concert, and by the season. It's like a video game with those evil invaders ever advancing. Faster and faster they come, seeking whom they may devour. But as long as those lips shall last, they are wonderfully victorious with the celebration of brilliant brass playing. At least, that's our goal. So it becomes a matter of survival, and a fight we must learn to keep winning for as long a time as possible.

James Chambers, former Principal Horn with the N.Y. Philharmonic, used to say that a Bruckner Symphony was like a contest between his left arm and his chops. Wasn't it Dizzy who philosophized that the trumpet player wins for a season, but in the end his horn will always have its way? We learn to conquer the horn, but eventually we find that the horn has conquered us.

We have all experienced that battle between the instrument and the embouchure. How we welcomed the challenge of owning sheer stamina, that showcase of raw power and heroism. It's lips over matter, and mind over lips! For as long as we're able, we're on top of the world. A Hero's Life was surely written for the brass. That's why they feature us on risers! Don Juan is only about us, and the heights of the Alpine Symphony are all reachable all the time. Life is King Conn from atop the Trump Towers! Whether it's The Titan or The Symphony of a Thousand, we say "bring it all on!"

Glorious as it can be, life is also short, and those Mysterious Mountain tops are eventually followed by A Quiet City. Our themes becomes less about Star Wars, and more like Trumpeter's Lullaby, the Blumine Movement, or the final verse of Send in the Clowns. Tchaikovsky's Pathetique has its triumphal third movement, but it is always followed by that slow and final journey down into its tragic depths of b minor.

Take care of the tools you have been given. Handle with care, pace yourself, and play wisely. We want to be able to finish with the final movements of Mahler 1, 2 and 3. That's the way to go.
Posted by Phil Collins at 6:56 PM